The brilliant actress Dragana Kostadinovska is a cast member of “In Treatment” and plays the role of Zana, a young and successful woman who manages to succeed in all aspects of life other than her marriage and family. By flawlessly complementing Visar Viska, who plays the role of Gent, Zana’s husband, Dragana introduces us aptly to the complex universe of Zana, whom she finds to be her polar opposite.

While we are waiting for the start of the emotional story of Zana and Gent and the developments in their couple therapy, we spoke with Dragana how it felt to play the role of a person who is completely different in terms of actions and character.

What are the similarities between you and Zana? What is the most annoying thing about her?
There are no similarities between me and Zana. I and the character I play in the series “In Treatment” are completely different women, both in terms of our actions and the ways in which we react to people and situations. On the other hand, I liked it a lot as a process, as a space to create and push through completely in Zana’s world. I cannot put a finger on anything particular that bothers me about her because, in the process of getting in character, inevitably I had to understand her actions and sympathize with them, regardless of the fact that I did not agree with them.

Your favourite line?
My favourite line is the line that most likely describes Zana the best: “The inevitable shall happen. Once I have started thinking about it, the rest is only a matter of time. Nobody and nothing can stop me”.

What was the best moment during the shooting of the show?
Every time the filming day would end with a sense of satisfaction and a feeling of a job well done. 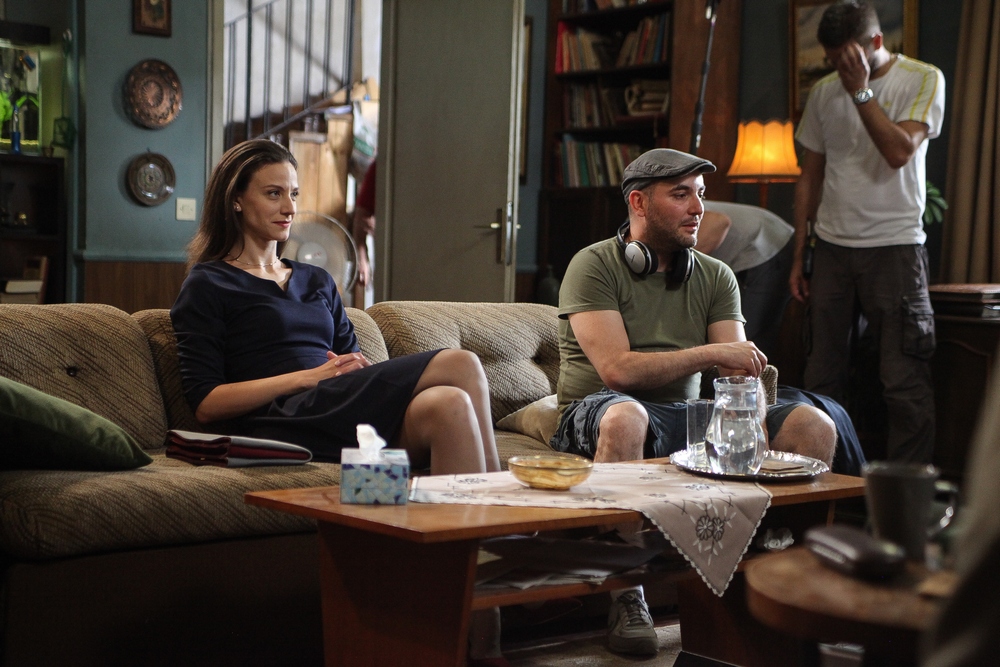 How do you think that the Macedonian audience will receive the series?
First of all, I believe that the audience will be pleased with the overall quality of the product, but I also think that he characters’ stories are so personal, delicate and packed with emotion that they would undoubtedly grasp the viewers’ attention.

Which part of the shooting did you find to be the most challenging?
The pace at which we shot an episode was the greatest challenge for me. I remember how I was taken by surprise the first day of the shooting, but later on I was ready for the pace of the work. In this regard, I have to mention the great importance of the rapport with, and the work of, Vardan Tozija, and I have decided to trust him completely and rely upon his solutions and instructions, even in those cases when I haven’t been fully confident in them.

What have you learnt about yourself from the shooting of the show that explores life’s challenges seen through the prism of psychotherapy? And, and Dr. Terziev would put it, would you like to talk about it?
The conclusion I have drawn from working on the series, and which, I believe, the viewers will share with me, is that quite often behind some inadequate, awkward and wrong actions of people there are unresolved emotional aches and ordeals, and that we should take that into consideration before we react in any way. Yes, naturally, I think that it is always good to talk to somebody who can truly understand you.