Visar Vishka, one of the most successful actors in Macedonia, stars in the TV series “In Treatment” in the role of the businessman Gent. He, together with his wife Zana, played by Dragica Kostadinovska, attends the counselling sessions with Dr. Terziev in an attempt to salvage his marriage, which is in crisis due to a series of mutual provocations, accusations, and unresolved issues from the past.

Gent and Zana’s story shall start to unravel soon, and in the meantime we have spoken with Visar about the process of creation of the show and how he identifies with the character he plays.

What are the similarities between you and Gent? What is the most annoying thing about him?
There are many similarities, both present and past. It is most difficult to play a character that is the most similar to you, since then you tend to be more self-critical and you are well aware when you are acting sincerely, and when you aren’t. Furthermore, there is always a fear not to reveal yourself completely. After all, we are spiritual strippers.

What was the best moment during the shooting of the show?
There were many beautiful moments. Many interesting events. Yet, I still haven’t distanced myself sufficiently so as to be able to see what has left a lasting impression. Working with people who love their work is wonderful. Starting from the caretaker all the way to Nikola and Dragana, my direct partners. Had we not enjoyed it, we would have gone crazy. 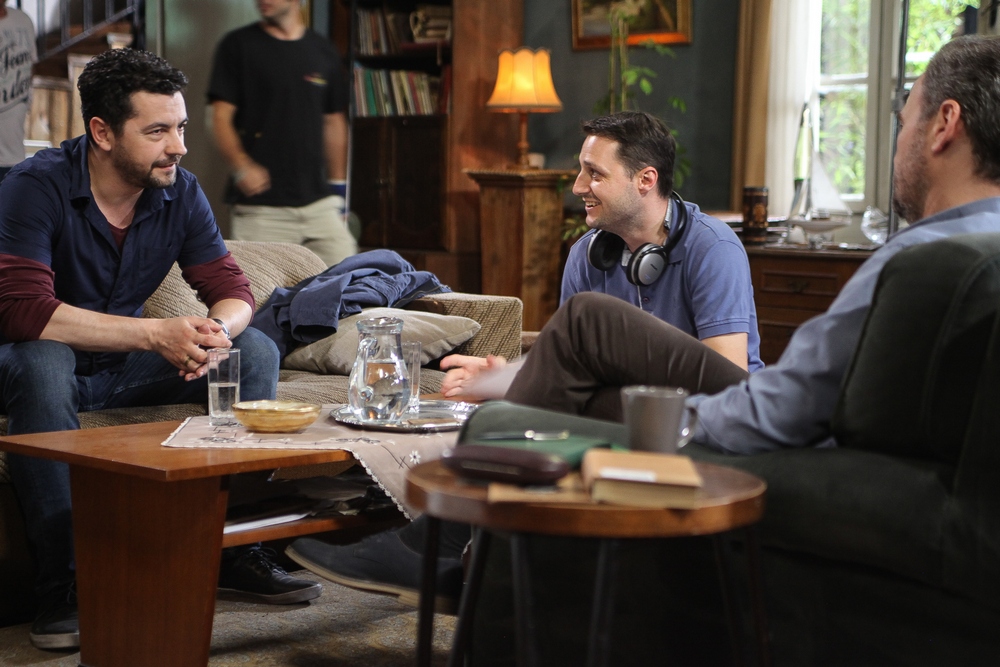 How do you think that the Macedonian audience will receive the series?
As the best thing they have seen so far. I have no doubts about it.

Which part of the shooting did you find to be the most challenging?
To survive at 40 plus degrees with no air, from dawn till dusk.

What have you learnt about yourself from the shooting of the show that explores life’s challenges seen through the prism of psychotherapy?  And, and Dr. Terziev would put it, would you like to talk about it?
Frankly, I haven’t learnt anything new because, as an actor, and even prior to becoming one, I am used to exploring my own depths. I am familiar with all of my demons. I am already on first name terms with them. It was nice, in a manner of speaking, that I have experienced something that often happens to me when it comes to the cast of the roles. I often have a lot of common problems with them. It is as if some higher power is giving me an opportunity to express the thoughts that are troubling me at the time through the character I am playing. Naturally, the issues are never exactly the same, but, at times, they are very personal.