Vardan Tozija, the Director of the TV series “In Treatment” is one of the most talented names of the Macedonian cinematography; his filmography includes exceptionally quality feature, short, documentary and television projects.

Just two episodes to the end of the series, we are talking with Vardan about the challenges in filming the series on a level of quality imposed by the franchise, about the dedication of the acting team, the expectations and reactions of the Macedonian audience, as well as about his favorite line, which we will hear by D-r. Terziev, this Friday, on the 17th of November, in the last episode of “In Treatment”.

Your favorite line?
For me, my favorite line comes in the last episode, towards the end of the last scene of the show “In Treatment”. That is why I would not disclose prematurely, what is the integrated summary of D-r Terziev, which will complete his whole narrative and emotional ark through the past 45 episodes. I can only hint that it is a personal response to one of the questions of the therapist to his patients, only now, put in a bit different form – “Must we speak of that?”

How was the filming of the series?
Filming of the tv series was long and exhausting, we were under constant pressure, considering the budget constraints and the short time we had to deliver a great number of episodes, all at a level of quality required by the franchise. Although the action was spatially limited, extensive dialogues and subtleties of emotional shifts required exceptional dedication by every member of the team and focus during filming days. This is especially true for the acting team, under the leadership of Nikola Ristanovski, composed of professionals who truly presented maturity and dedication worthy of praise by many “reputable” names from the region and broader. Faced with such “heat”, the whole period was dreamlike, time fades the individual beautiful and less beautiful situations, we are left only with a general feeling that we had a successful journey. 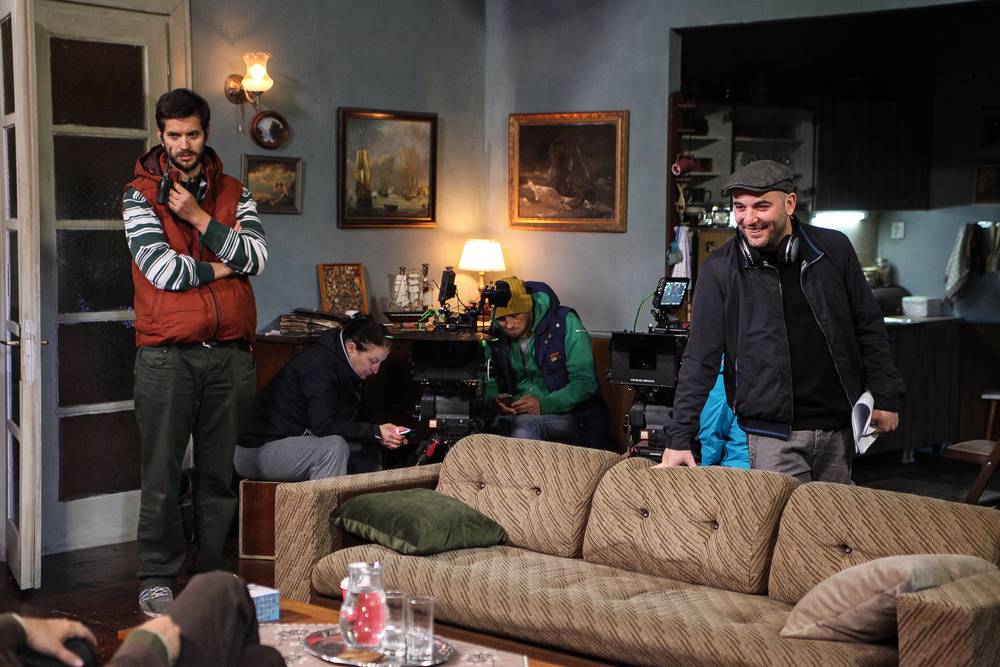 Which part of the filming was most challenging?
At the very beginning, it was clear that creation of the series will be a challenging task from many different aspects. And yet, it was essential for us to accept the fact that “In Treatment” we cannot use many directorial and writing solutions which attract and then redirect the viewer’s attention. There, in those several rooms, the protagonists sit, watch each other, talk…. and that is it. That was the greatest challenge for me, working with the actors, and the way of building and intertwining their personal stories.

How are you satisfied with the reception of “In Treatment” by the Macedonian audience?
To be honest, the way the audience received the show surpassed all my expectations. Understandably, in the process of preparation for the series, together with the producer Robert Naskov, we discussed whether this type of non-conventional, hermetic format of drama will succeed in attracting and keeping the attention of the audience, in a country where psychotherapy is still burdened with prejudice and doubt. I am glad that the opposite happened that our audience is “hungry” for a quality national production.

What did you learn from filming a series that is exploring the challenges of life viewed through the lens of psychotherapy? And, put in the words of D-r Terziev, do you want to talk about it?
“In Treatment” tells stories of real people, not escapist, imaginary characters. In each of the characters, I see something personal, or something that I carried with me through different periods of my life.  All these small fragments made of dilemmas, hopes, opinions, joys, doubts…. are hidden in the big picture of the emotional mosaic of every person. Sometimes, we need to separate these fragments, articulate them, put out honest, sometimes even painful questions, to which we cannot give answers ourselves.